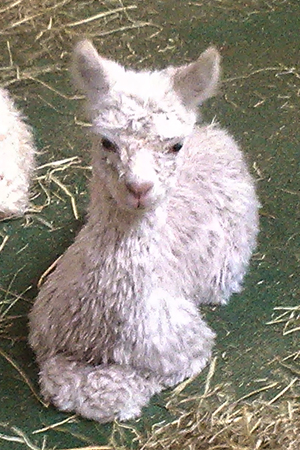 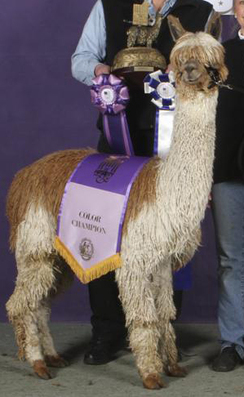 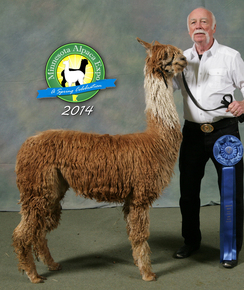 Too young to tell...

Ask a question
Details
Theodosius has beautiful fleece, sporting an amazing 18.9 micron. He drips luster, has excellent coverage, and apparent density at this age. He's nicely locked and was shown lightly in the 2017 shows. His fleece was starting to cot already and we did not show him in the fall. The difficult decision has been made to sell him as a fiber animal.

He's nicely built, taller than his peers, but has good bone and style. We don't know what to make of him yet, but we believe he'll grow into a nice male.
Scientific Data
Awards

Financing offered for up to two years, maximum. 25% down at signing and 50% down to take animals home. Interest rate at 1% over prime. No penalty for early payoff. 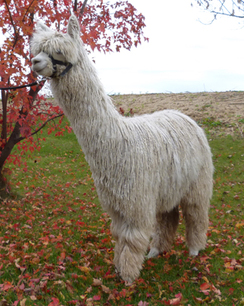 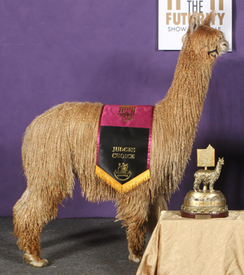 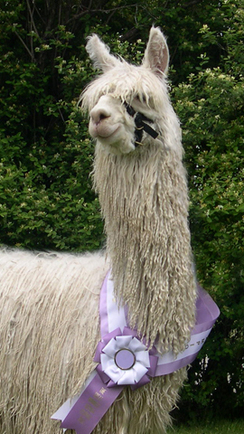